The economic impact of critical-habitat designation: Evidence from vacant-land transactions 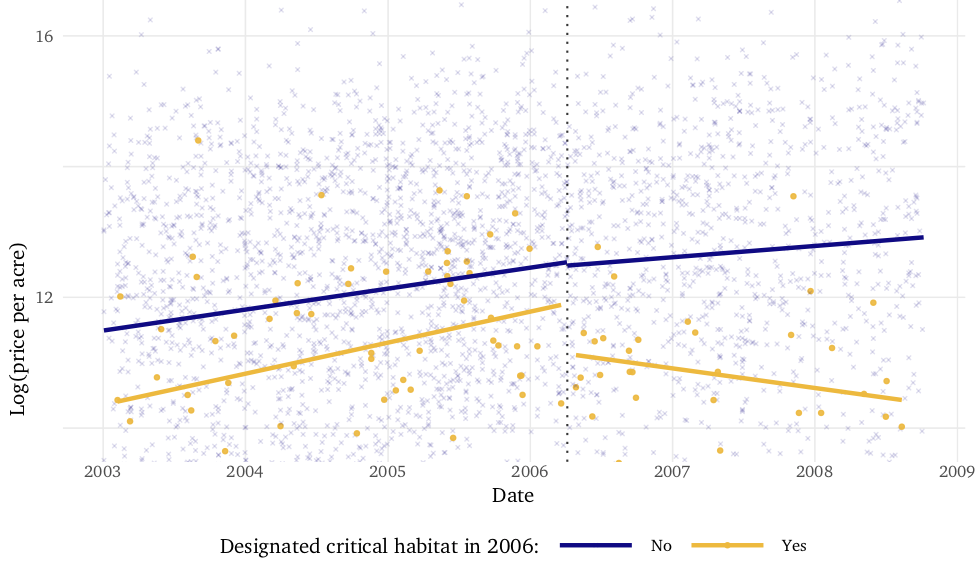 We use state-of-the-art, satellite-based PM2.5 estimates to assess the extent to which the EPA’s existing, monitor-based measurements over- or under-estimate true exposure to PM2.5 pollution. Treating satellite-based estimates as truth implies a substantial number of “policy errors”—over-regulating areas that comply with air quality standards and under-regulating other areas that appear to violate standards. We investigate the health implications of these apparent errors and highlight the importance of accounting for prediction error in satellite-based estimates. Uncertainty in “policy errors” increases substantially when we account for these underlying prediction errors. 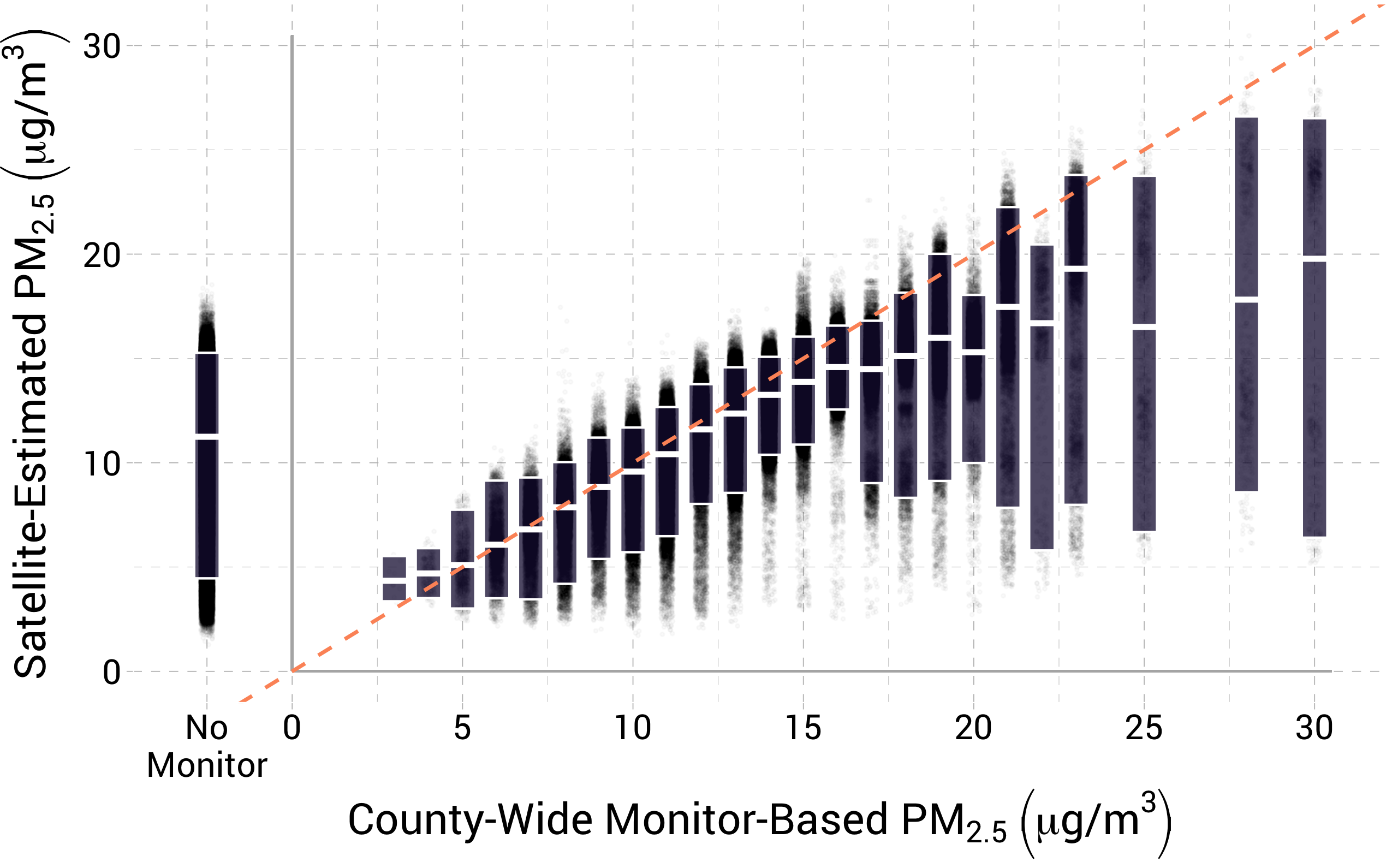 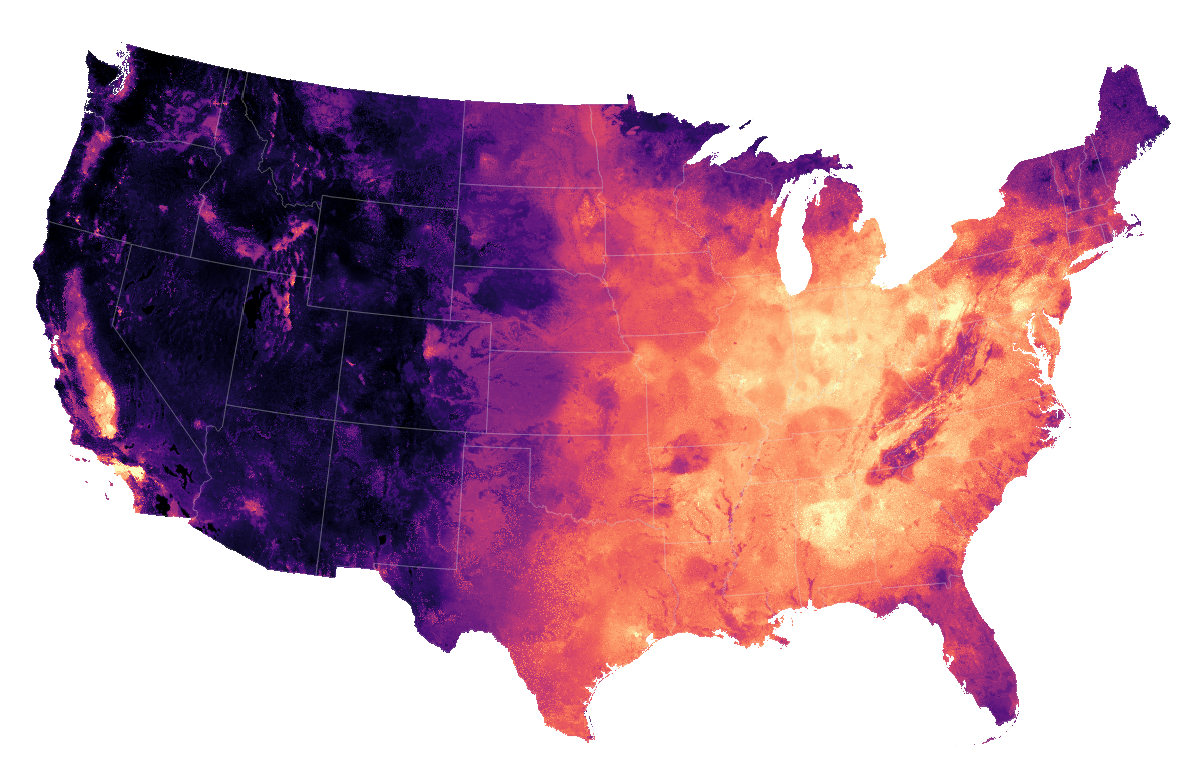 Quantifying heterogeneity in the price elasticity of residential natural gas

We exploit a spatial discontinuity in two natural gas utilities’ service territory—combined with variation in their block-rate pricing structure and a difference in how prima facie determined wholesale prices are deferentially passed though to consumers—to identify average, seasonal, and income-specific own-price elasticities of residential natural gas demand. We estimate an average elasticity ranging from 0.15–0.19 depending on the measure of price used. We further estimate that this elasticity varies substantially across seasons, income groups, and their interaction. We find no significant difference in consumers’ responses to average versus marginal prices. 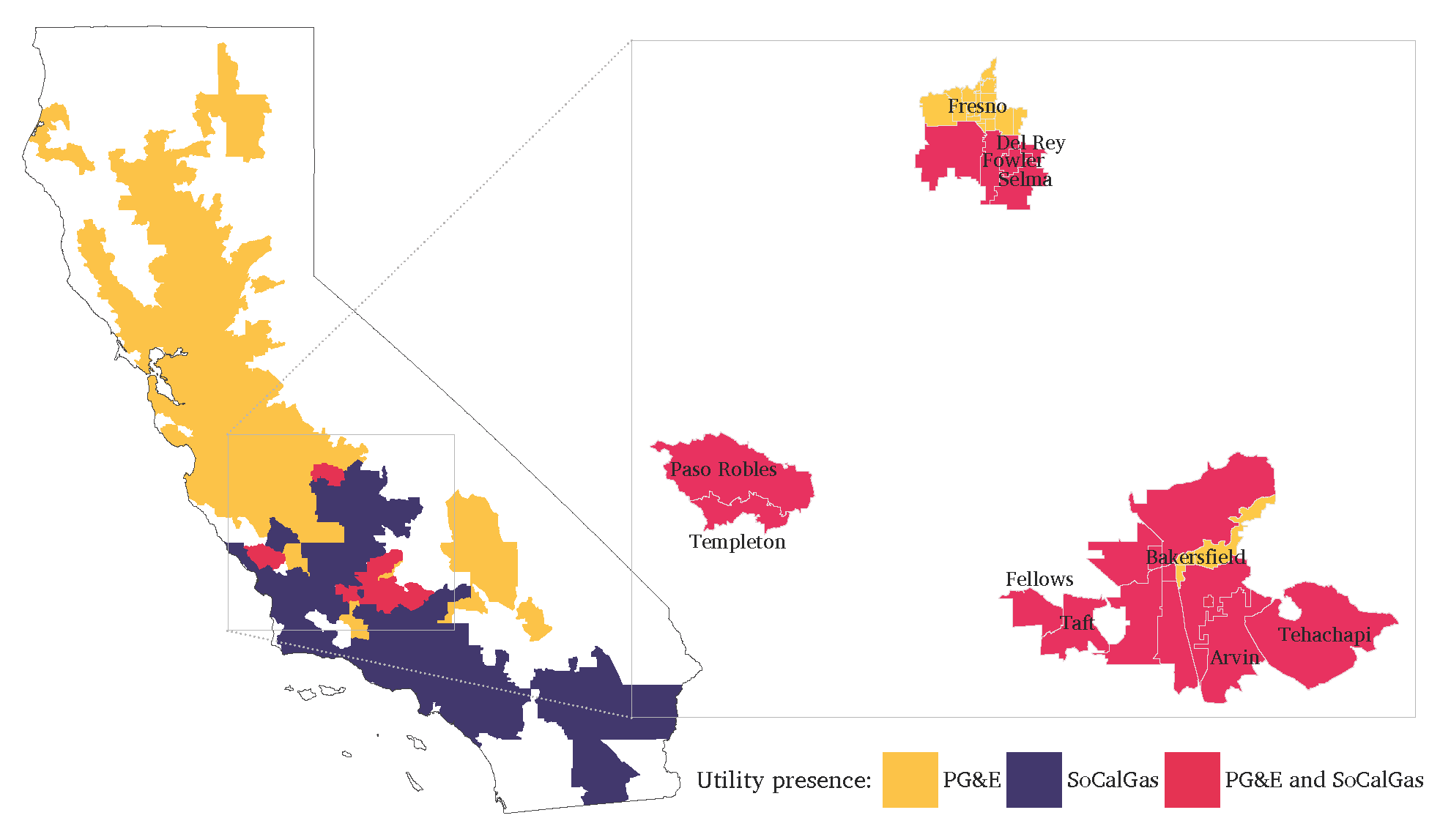 with Yingfei Mu and Eric Zou
Revise and resubmit, RESTAT

Tolerance for gaps in compliance (self-)monitoring data may induce strategic timing in local agents’ monitoring activity. This paper builds a framework to detect whether local governments skip air pollution monitoring when they expect air quality to deteriorate. We infer this expectation from air quality alerts—public advisories based on local governments’ own pollution forecasts—and test whether monitors’ sampling rates fall when these alerts occur. We first use this method to test an individual pollution monitor in Jersey City, NJ, suspected of a deliberate shutdown during the 2013 “Bridgegate” traffic jam. Consistent with strategic shutdowns, this monitor’s sampling rate drops by 33% on pollution-alert days. Building on large-scale inference tools, we then apply the method to test over 1,300 monitors across the U.S., finding 14 metro areas with clusters of monitors showing similar strategic behavior. We discuss imputation methods and policy responses that may help deter future strategic monitoring. 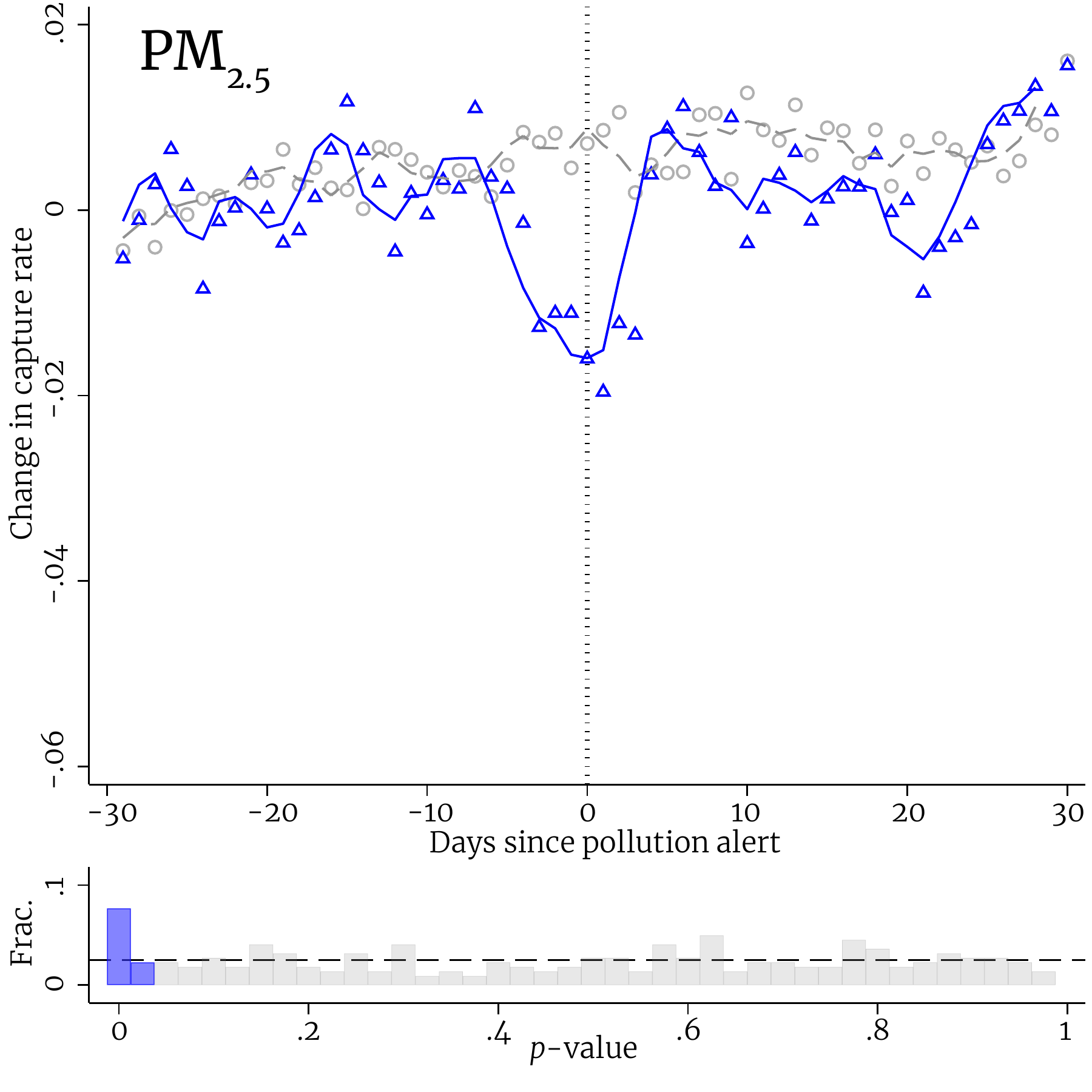 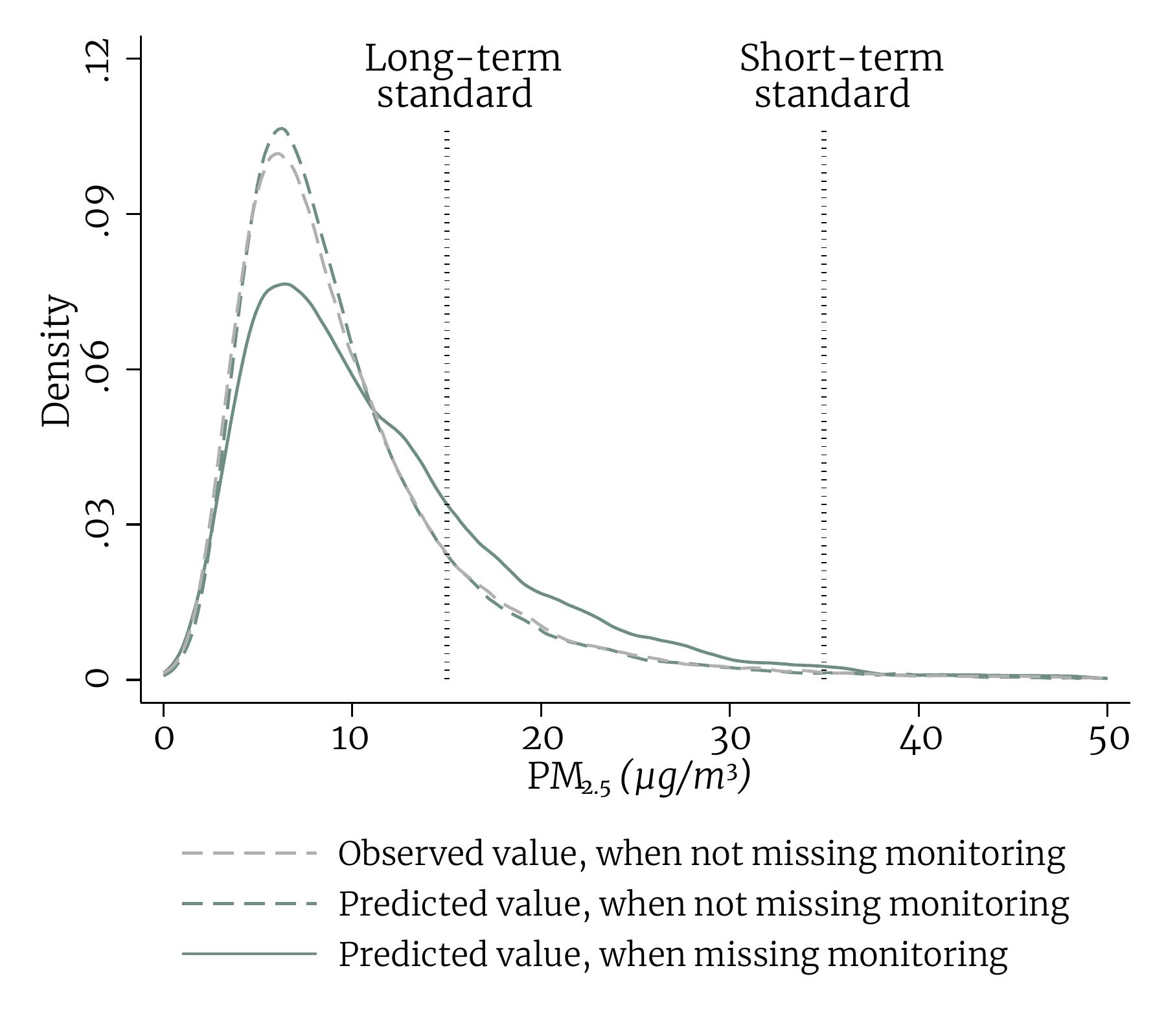 Downwind and out: The strategic dispersion of power plants and their pollution

with John Morehouse
Under review 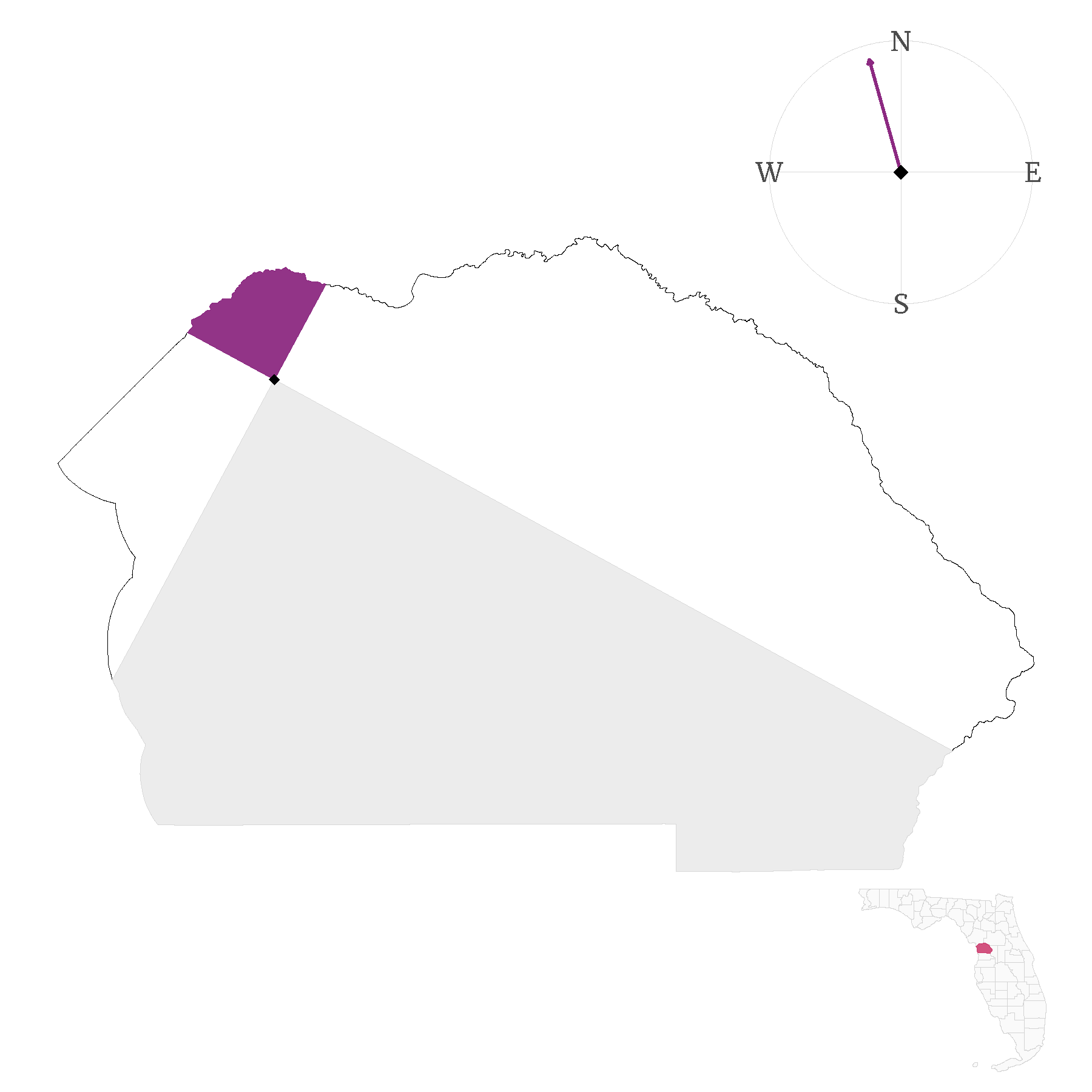 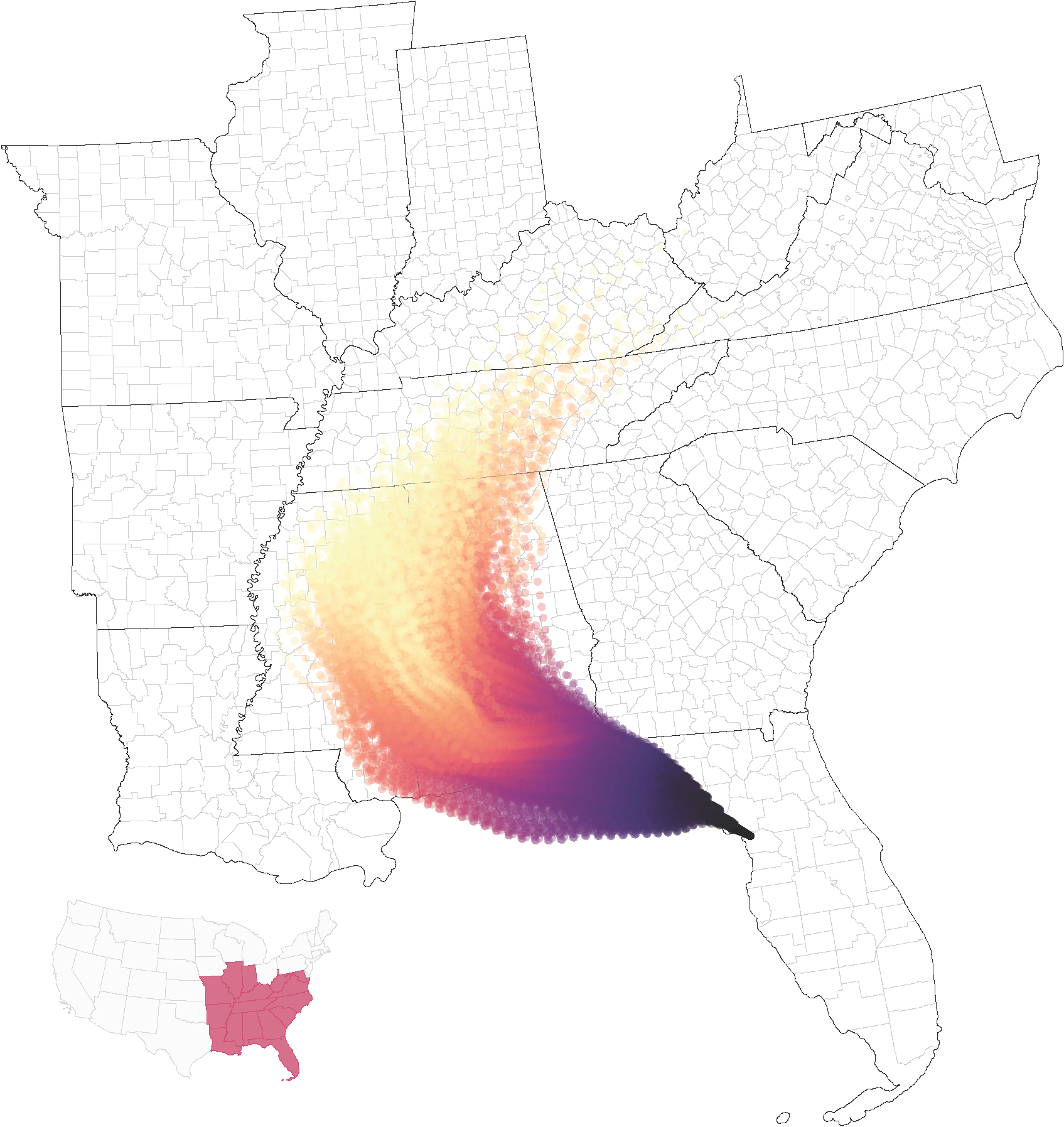 What can we machine learn (too much of) in 2SLS? Insights from a bias decomposition and simulation

with Connor Lennon and Glen Waddell
Under review 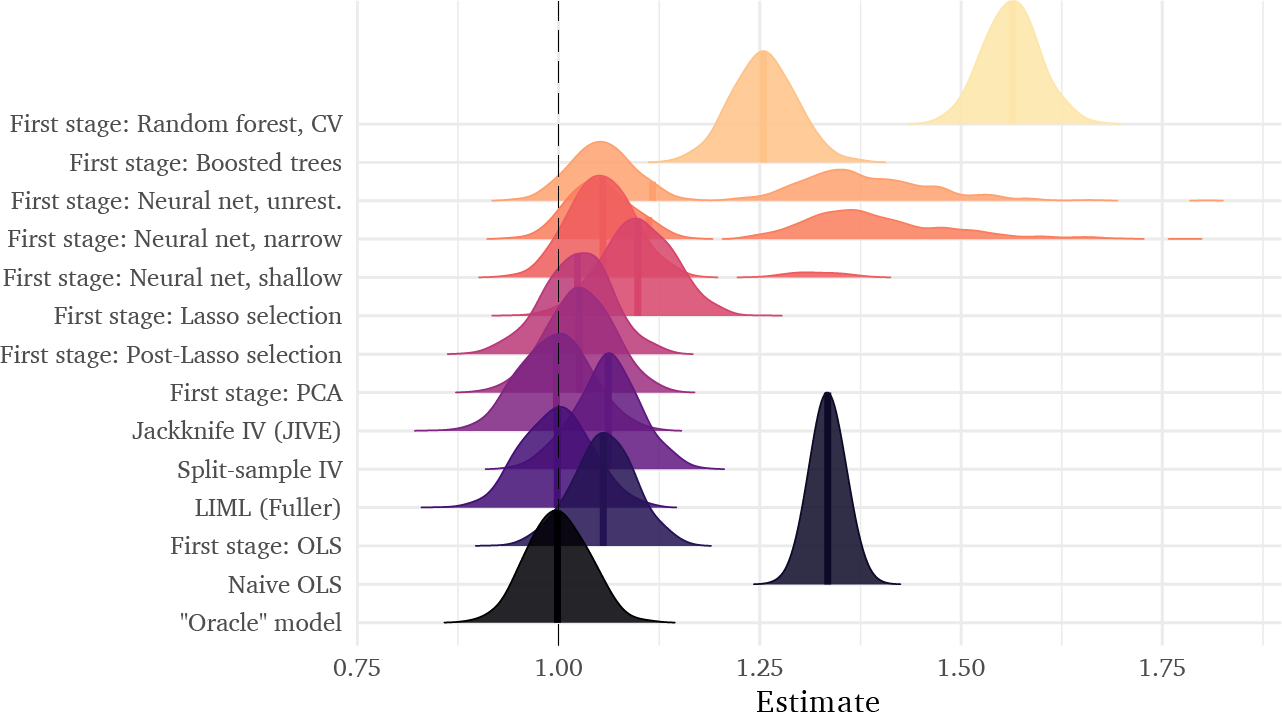 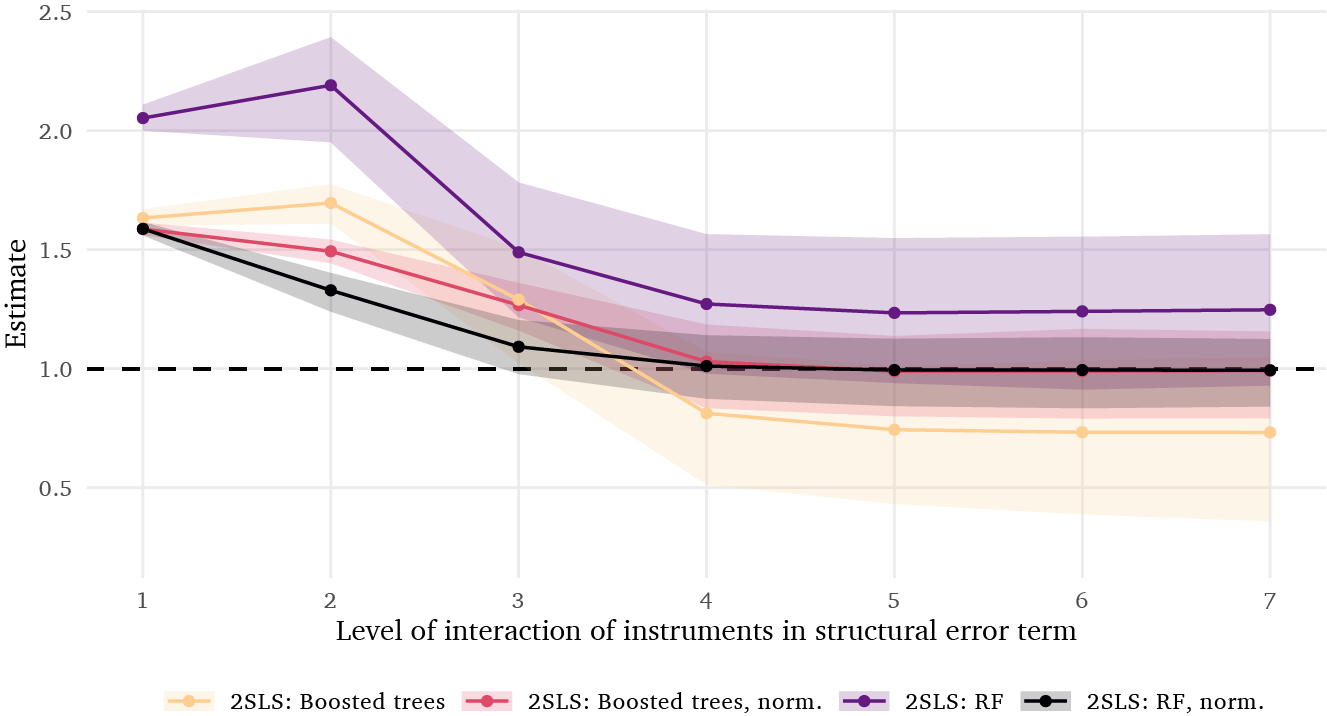 with M. Steven Holloway
Under review

Organisms reduce risk exposure through short-term avoidance—flight. However, this flight strategy may not be equally accessible throughout a population. We combine cellphone movements, satellite-based wildfire smoke plumes, and Census data to document substantial heterogeneity/inequity in communities’ tendencies to out-migrate to avoid smoke. Higher-income and whiter populations travel out of their counties at significantly higher rates during smoke events. These results suggest that the same populations who face social and environmental injustice on many other measures are less able to avoid wildfire smoke—underscoring equity concerns for wildfire damages and climate adaptation.

Customer Discrimination in the Workplace: Evidence from Online Sales

Many workers are evaluated on their ability to engage with customers. This paper measures the impact of gender-based customer discrimination on the productivity of online sales agents working across Sub-Saharan Africa. Using a novel framework that randomly varies the gender of names presented to customers without changing worker behavior, we find that the assignment of a female-sounding name leads to 50 percent fewer purchases by customers. The results appear to be driven by relatively lower interest in engaging with female workers. Since worker productivity informs firm hiring, pay, and promotion decisions, these results are important for understanding the persistence of identity-based discrimination in the labor market.

Coordination versus environmental adaptation: How much does standardized time change behavior?

with Patrick Baylis and Severin Borenstein

The practice of standardizing the designation of time is a central device for coordinating activities and economic behaviors across individuals. However, there is nearly always a tension between an individual coordinating activities and carrying out those activities at their own preferred time. When time is standardized across large geographic areas, that tension is enhanced, because norms about the “clock times” of activities conflict with local environmental conditions created by natural or “solar” time. We study this tension by examining how geographic and temporal variation in solar time within time zones affects the timing of a range of common behaviors in the United States. Specifically, we estimate the degree to which people shift their online behavior (through Twitter), their commute (using the Census), and there visits to businesses and other establishments (using foot traffic data). We find that, on average, a one hour shift in the differential between solar time and clock time—approximately the width of a time zone—leads to shifting behavior by between 10 and 20 minutes. This shows that while adapting to local environmental factors significantly offsets the differential between solar time and clock time, the behavioral nudge and coordination value of clock time has the larger influence on activity. We also study how the trade-off differs across activities and population demographics.

Are our hopes too high? Testing cannabis legalization’s potential to reduce criminalization

with Meredith Fowlie and Catherine Wright

Perinatal health effects of herbicides: Glyphosate, Roundup, and the rollout of GM crops

Mismeasurement in exposure and access: Insights from cellphone data

How salient are environmental risks? The short- and long-run effects of lead exposure in piped water

with Jeffrey Chen and Gary Cornwall

This textbook presents the essential tools and core concepts of data science to public officials, policy analysts, and economists among others in order to further their application in the public sector. An expansion of the quantitative economics frameworks presented in policy and business schools, this book emphasizes the process of asking relevant questions to inform public policy. Its techniques and approaches emphasize data-driven practices, beginning with the basic programming paradigms that occupy the majority of an analyst’s time and advancing to the practical applications of statistical learning and machine learning. The text considers two divergent, competing perspectives to support its applications, incorporating techniques from both causal inference and prediction. Additionally, the book includes open-sourced data as well as live code, written in R and presented in notebook form, which readers can use and modify to practice working with data. 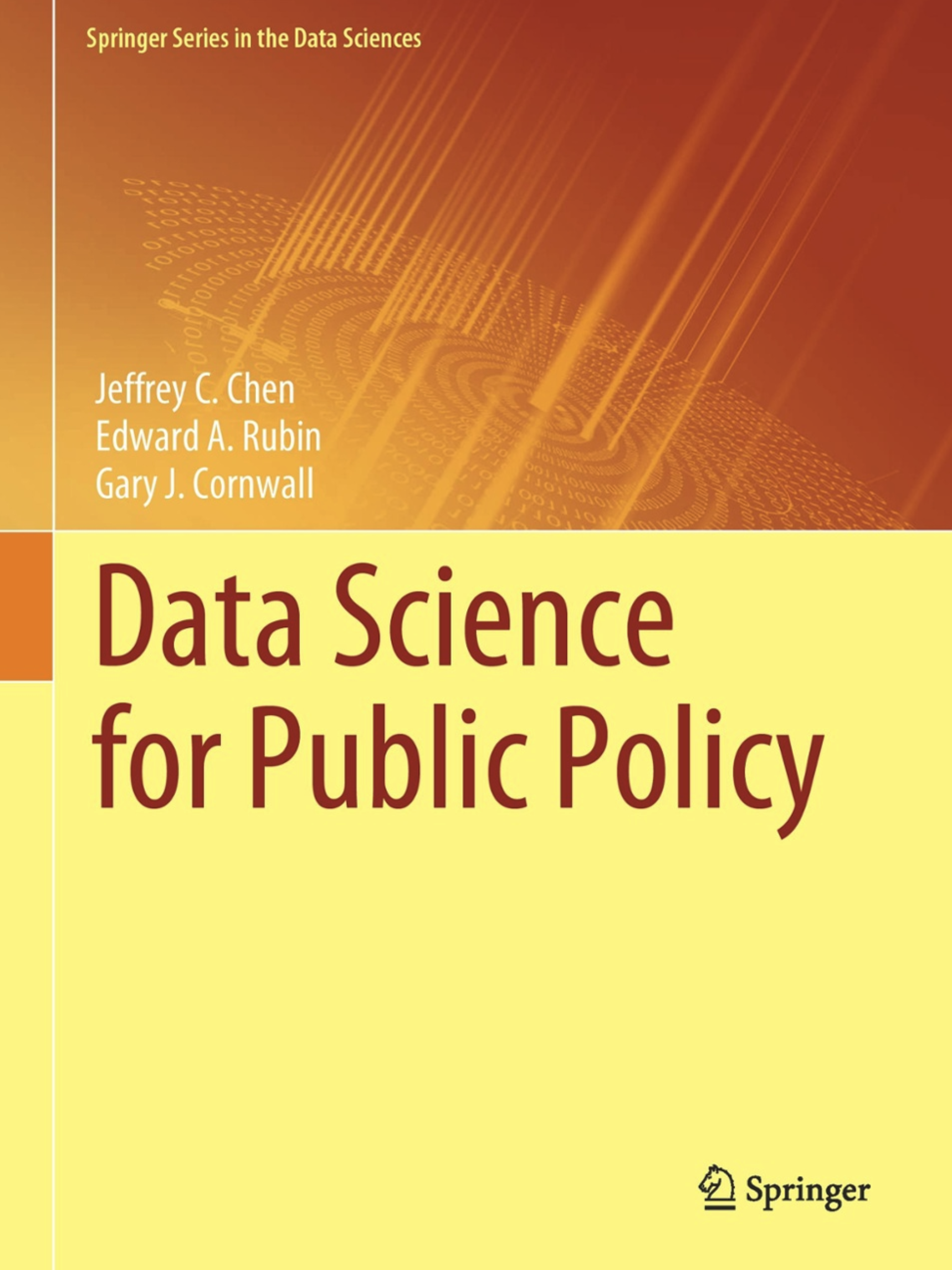 Downwind and out: The Strategic dispersion of power plants and their pollution
AERE Remote Conference, June 2021

Is “Michelle” less productive than “Michael”? A field experiment on consumer-based gender discrimination in the marketplace
IGC-PEDL Workshop at Oxford, December 2017

Irrigation and Climatic Effects on Water Levels in the U.S. High Plains Aquifer Along the 41st Parallel in Nebraska (and Several Questions about Model Complexity)
University of Nebraska-Lincoln, Statistics Departmental Seminar, March 2013

Run R code in terminal without entering R or saving a script. (The -e option evaluates the given R expression.)

Create a nice timeline (shown below) in R’s ggplot2.

Example of my slide template.

Lists all files in a directory (here .), sorts from largest to smallest, and displays top 20 (largest).

For a bit more raw view:

Place a “1” between the first four characters and the subsequent characters in each filename in a folder.

Tell the computer to wait a bit and then go to sleep.

Tell the computer to shutdown now.

Shut it down after a specified amount of time (here: 30 minutes)

OSX: Show only active apps in the terminal. h/t

Linux code for playing hide and seek.
Warning You might not want HAL to find you.